We Use Our Voices Now..Cheers to Us!!! 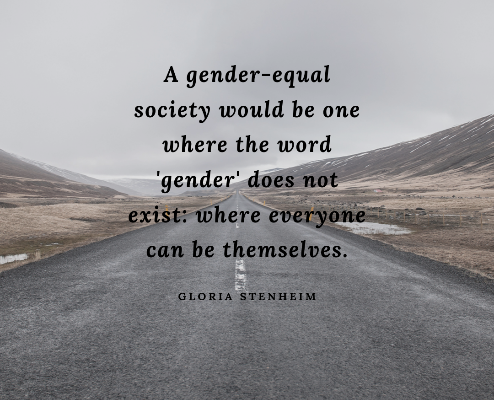 In 1979, world governments adopted the Convention on the Elimination of all forms of discrimination against Women as a framework to ensure equality and non-discrimination for all women. Years later, in 1995, countries adopted the Beijing Declaration and Platform for Action in a bid to further improve the rights of women and girls.

These platforms and many others have helped to shape women’s rights and helped to amplify the issues that women had faced previously.

Since 2012, October 11th has been celebrated as the International Day of the Girl. Through this day, individuals and organisations are able to amplify and address the progress and challenges faced in promoting girls’ rights. Today, there have been better improvements in issues affecting girls such as child marriage, Female Genital Mutilation, inequalities in education and gender-based violence.

It was against this backdrop that we decided to ask women and young girls to share experiences of what being a young woman means in different times. The aim of this was to highlight a comparison of how women’s rights issues played out for two different generations of women.

This is what the older women had to say:

“I was born the first of eight children. My mother had 7 girls and 1 boy. My father was not happy with having a lot of girls and he would not go to the hospital whenever my mother had a new child. Eventually, he took a second wife who was younger than my mother’s first four children, and she had five girls for him. Female children were not valued and for a number of reasons. Before he died, he told me how proud of me he was but still expressed that I was like a son to him.

I have children now, both boys and girls. It is important to me that my girls never feel less of who they are because of their gender and sex; that they are not considered valueless but are given an equal playing ground with their male counterparts.” – Onwuli Stella, 49. 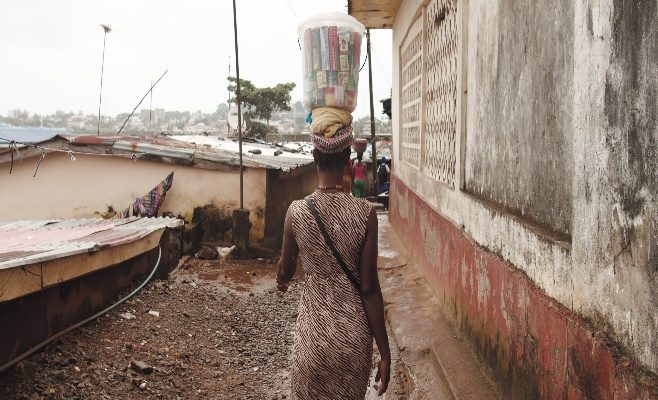 “While growing up, so many female children were denied of the opportunity to go to school because they were not boys! The farthest they could go was elementary school. There was a slogan that ‘WOMEN’S EDUCATION ENDS IN THE KITCHEN!’. It’s not the case today, of course.

Another striking issue was that the girls were married out to whoever their fathers chose. They didn’t have the right to choose their husbands.” – Hawa C. Ben-Hirki

“The right to education, early marriage and Female Genital Mutilation were issues that visibly and greatly affected women across different levels.

Though these issues still happen, they are becoming less likely to occur. Women are breaking the code of silence for themselves and their daughters; refusing to conform to practices detrimental to the life and health of their daughters.

“I think that there’s a spectrum of things that older women faced that younger women are simply refusing to accept because we’re more aware. For instance, younger women define sexual harassment more broadly than older women and so we’re learning not to normalise certain behaviours. We say ‘no’ faster and louder and more repeatedly.

Younger women are more comfortable speaking out about harassment, assault, discriminatory situations and so on.

Younger women are also unaccepting of the shame rhetoric which is a joy to see because shame is one of the most effective tools of the patriarchy. Historically, in many situations, oppressors counted on women to be shamed into silence.

Younger women are kicking against that, and it is a net positive.” – Odun Eweniyi,

“I don’t think there is anything that has outrightly stopped due to the fight for women’s rights but progress has been made. The shame that was thrown at older Nigerian women to keep them silent is the one that now fuels the voices of younger women. Younger women are filling up spaces in their careers and homes in huge numbers. We are able to recognize the agency of women not just as an extension but as people themselves. Women are getting results and I believe it’s amazing for young girls to see the representation. It can only get better from here on.

Our mothers walked so we could run and I have no doubt, our daughters will fly.” – Karo Omu, 28.

“I will start by saying that women in my generation, and generally the women of my time have got to be the most amazing, extraordinary woman of any generation. The drive to get up every day and dismantle the very system that holds us back, is mind-blowing and worthy of praise.

I look at my mother- who would have been feminist had she been born in my time- and I know that I cannot walk in the suppressive shoes my mother walked in. Women from my mother’s generation, as well as women born in the 70s, and 80s and some part of the earlier 90s experienced things that me, and women in my generation and next could never, and would never tolerate.

Due to the increasing awareness of women’s right and feminism, these things that older generation women tolerated are no longer accepted and won’t be allowed anymore.

So, I am forever grateful for women’s rights and to my generation of women. Cheers to us.” – Stephanie Odili, 22

We see that women have moved past certain challenges and are collaborating to make the future better for the women to come. Our girls are our future voices and we must create an environment that lets them be heard.

At Youth Network for Community and Sustainable Development, we are committed to raising awareness for the rights of women and girls. We believe in a world without gender discrimination and restrictions particularly with regards to promoting sexual and reproductive health and rights for women and girls.

We believe that no one should be left behind in the campaign to make the world a better place for women and girls.